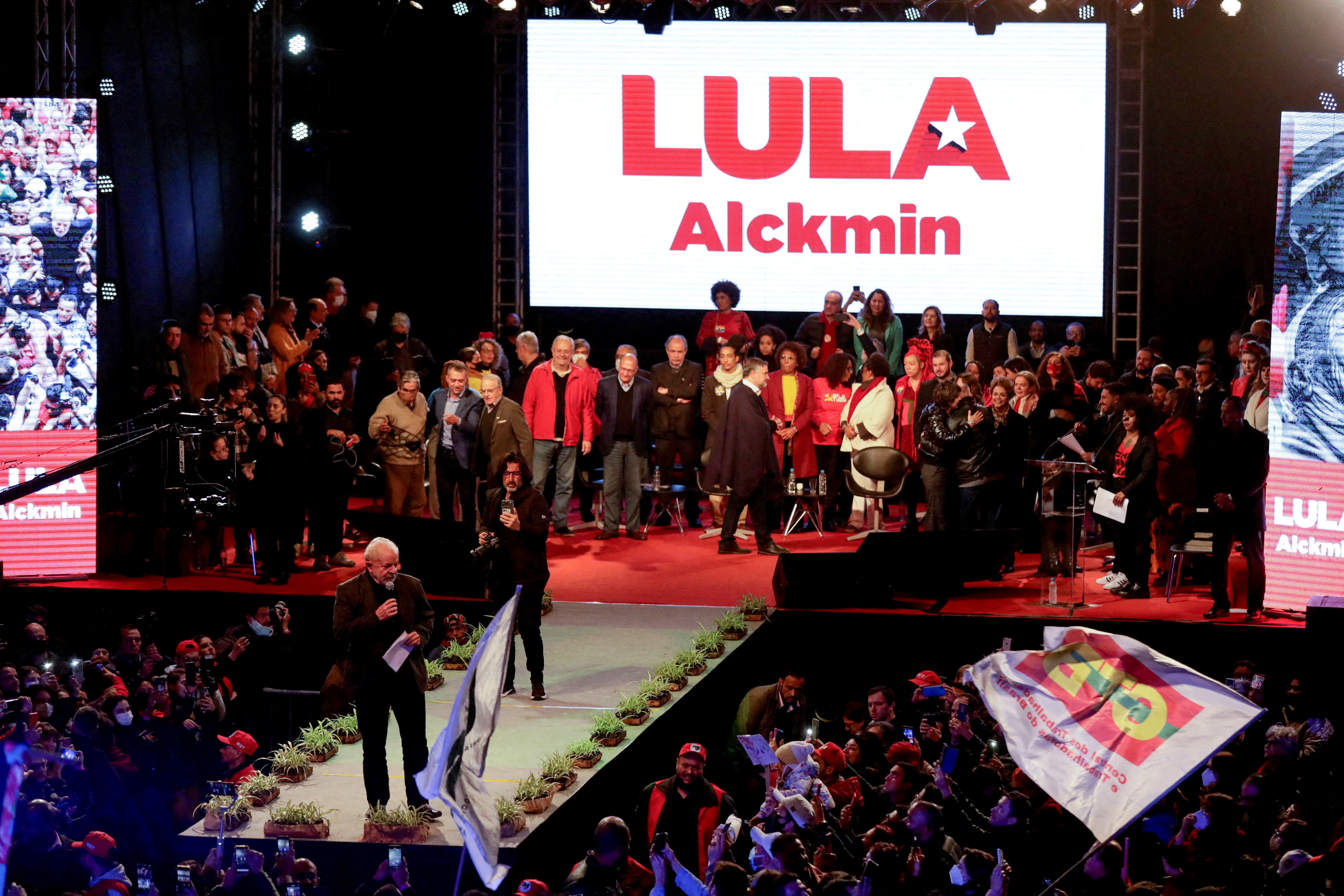 The statue of Simon Bolivar, located in Plaza Bolivar, is seen covered by the Colombian flag the morning after the second round of the presidential election, in Bogota, Colombia June 20, 2022. REUTERS/Luisa Gonzalez

Around the region, angry voters, pinched by the economic impact of the COVID-19 pandemic and rampant inflation fanned by Russia's invasion of Ukraine, have ditched mainstream parties and been lured by promised of bigger government and social spending.

"This is the first time that there's a government that sees the people, the poor, as human beings."

The redrawing of political fault lines, with conservative bastions like Chile and Colombia toppled, may have a big impact on everything from grains and metals to economic policy, as well as ties with key partners like the United States and China.

"There is really an important and clear movement happening in Latin America, even though different governments show different nuances," said Brazilian Senator Humberto Costa and member of the leftist Workers' Party.

Bolivia's ex-president Evo Morales, an icon of the original pink tide, wrote on Twitter that Petro's win in Colombia marked a "rising social conscience and solidarity that raises the flag of the Latin American left."

All eyes are now on Brazil, where elections this year could tip the country leftwards, with voters growing dissatisfied with populist ultra-conservative President Bolsonaro.

"The fight against Bolsonaro has renewed Brazil's left," said leftist Brazilian Congressman Alexandre Padilha, adding it was attracting younger voters and brining people together in opposition to the current political and economic status quo.

"I believe that economic and political figures around the world are increasingly noticing the need to review a series of neo-liberal policies that have ended up deepening inequality."

The new pink tide is however starkly different from the original version, that saw the emergence of firebrand leftists such as Venezuela's Hugo Chavez and Morales in Bolivia.

Castillo in Peru has swung to the center since coming into office in the middle of last year, creating tension with his socialist party. Boric has looked to moderate his economic agenda and criticized regional leftist authoritarian regimes.

And the tide could turn too, with center-left Argentine President Alberto Fernandez under pressure ahead of 2023 elections, Castillo struggling to fight off repeated impeachment attempts and Boric's popularity waning since taking office.

"If elections there were happening today, many of these 'pink' governments would disappear," said Nicolas Saldias, an analyst at the Economist Intelligence Unit. "This is not a strong base of support."

On the streets of Colombia, many voters simply wanted a better life for themselves and their children. The chance to study and work.

"I don't understand much about the left and right, we are working people and those things don't matter to us, we want to work and that our children they can be better than us," said Pedro Pedraza, 60, a shopkeeper in Bogota.

"We don't want anything for free, we want conditions to be able to work and get ahead, get out of poverty."