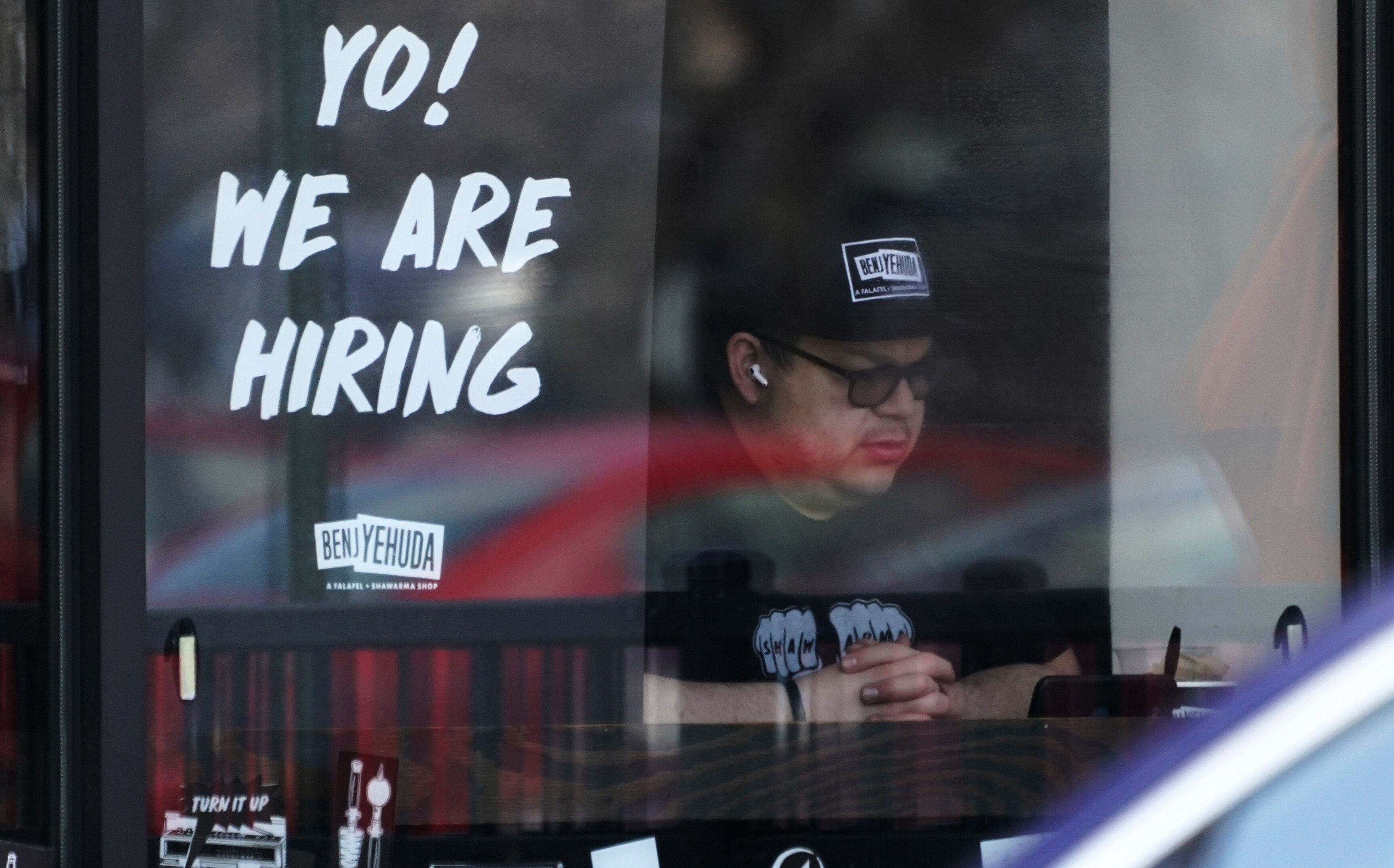 Americans are growing increasingly concerned about the possibility of a recession.

Earlier this month, the Federal Reserve began raising interest rates to slow inflation pressures. During the first quarter of 2022, while consumers and businesses kept spending, U.S. gross domestic product fell by 1.5%, the first drop since the second quarter of 2020, according to The Associated Press.

But that doesn’t necessarily mean the U.S. is falling into a recession.

HuffPost spoke to four economics experts about recession fears, the state of the U.S. economy and what we can do to prepare for what lies ahead.

What Is A Recession?

The textbook definition of a recession is a continuous decline in GDP — which estimates the value of country’s production of goods and services — across two consecutive quarters, according to the International Monetary Fund.

In the U.S., the National Bureau of Economic Research says a recession “involves a significant decline in economic activity that is spread across the economy and lasts more than a few months.”

Why Is There Anxiety About The State Of The U.S. Economy?

“Individuals and households are indifferent between purchasing a meal at home or at a restaurant, since there is no cost savings between the two,” Williams said, providing an example of how the anxiety plays out.

To address inflation, the Fed raised interest rates by a half-percentage point earlier this month, the biggest hike in 22 years, according to AP.

The Fed “anticipates that ongoing increases in the target rate for the federal funds rate will be appropriate,” Federal Reserve Chair Jerome Powell said after the announcement.

The Fed’s goals, Powell explained, are keeping the economy close to full employment as well as maintaining price stability.

“Inflation remains well above our longer-run goal of 2%,” Powell added.

Josh Bivens, the director of research at the Economic Policy Institute, said most of the anxiety is being driven by the “relative newness of the inflation we’ve seen over the past year.”

“The worry is that to rein it in and return it to more-normal levels might require a lot of policy dexterity, and, if policymakers can’t pull this off, this might lead to a recession,” Bivens told HuffPost.

Minutes from the Fed’s Open Market Committee meeting this month, where the 12 members determine monetary policy, including interest rates, show the challenges for the U.S. and other world economies.

“Participants observed that developments associated with Russia’s invasion of Ukraine and the COVID-related lockdowns in China posed heightened risks for both the United States and economies around the world,” the minutes said. “Several participants commented on the challenges that monetary policy faced in restoring price stability while also maintaining strong labor market conditions.”

“In light of the high degree of uncertainty surrounding the economic outlook, participants judged that risk-management considerations would be important in deliberations over time regarding the appropriate policy stance.”

Any approach the Fed takes will be consequential for the U.S. economy and the possibility of a recession, Bivens explained.

“Put simply, if we have a recession because the Fed moves too fast and too high on interest rate hikes, that will be a clear mistake,” Bivens said.

Christelle Khalaf, associate director of the Center for Business and Economic Analysis at the University of Wyoming, said it was worth considering that policies implemented during the pandemic to support families may not have been anticipated to cause inflation.

“While most economists agree that these policies were needed, the exact size of the needed intervention is a more debated topic,” Khalaf said. “In 2008, the intervention was not big enough. In 2020, it might have been too big.”

“So, does the Fed know exactly how to cool off the economy without causing a recession? Maybe. However, this type of uncertainty can make businesses, markets and economists anxious,” Khalaf continued.

Dedrick Asante‑Muhammad​, the chief of membership, policy and equity at the National Community Reinvestment Coalition, said uncertainty is also driven by the continuing pandemic.

How Has The White House Addressed Recession Concerns?

President Joe Biden told reporters on Monday that a recession was not inevitable.

“Imagine where we’d be with Putin’s tax and the war in Ukraine had we not made that enormous progress,” Biden said. “Our GDP is going to grow faster than China’s for the first time in 40 years.”

But Biden recognized the U.S., like other countries, is also dealing with major pressures.

Brian Deese, the director of the National Economic Council, agreed with Biden, pointing to a strong job market and business investments. But he added: “There are always risks.”

“Our economy is in a transition from what has been the strongest recovery in modern American history to what can be a period of more stable and resilient growth that works better for families,” Deese told CNN’s “State of the Union” on Sunday. “There’s no doubt we face serious global challenges right now, inflation first and foremost among them. And it’s hitting families hard.”

Are We In A Recession Already?

Despite the decline in first-quarter GDP, the economy is expected to grow.

“Growth in the second quarter is looking like it will be in the 2-3% range, and, job growth remains strong,” Bivens said.

Williams said assessing whether the country is falling into a recession can be tough.

“Most economists will tell you that we usually do not know there is a recession until we are already in it,” Williams said. “If affordable housing becomes a nationwide issue because of landlords recovering losses from unpaid rents during the pandemic and housing markets become unbearably inflated while adjusting to the current ‘scramble’ for affordable homes, then consumer spending will take a ‘back seat.’”

This, coupled with inflated gas and food prices for an extensive period of time, could mean other consumer goods are no longer deemed essential, Williams explained.

“In essence, consumer spending, which multiplies through the economy as a source of income for employers and their workers, can slow because of current pressures,” Williams continued. “However, we should become worried if us and our friends are becoming afraid to spend, or are having consumer worries for a period of four to five consecutive months.”

Asante‑Muhammad​ said he is worried about how people would be affected.

“My concern is less of the U.S. falling into a recession and more into how much human suffering accompanies it,” Asante-Muhammad said.

Asante-Muhammad explained that government interventions to support household finances and health in the first year of the pandemic meant there was “little economic household suffering” at the time.

“I am concerned that this type of support will not occur with the possible upcoming recession, so households might suffer more in a milder 2022 recession than in the short but dramatic 2020 COVID recession,” Asante-Muhammad continued.

What Can We Do To Prepare For The Possibility Of A Recession?

Khalaf said the best thing households can do to prepare for a potential recession is to save.

“Increasing savings now not only creates a buffer for people during times of recession, but can also contribute to a decrease in demand, which can ease inflationary pressures,” Khalaf said.

People “should demand policymakers — both the Fed and their congressional representatives — act quickly if a recession does occur, providing the needed relief to families,” Bivens said.

How Are Other World Economies Faring Compared To The U.S.?

Asked if some G-7 economies are already in a recession during a panel discussion Monday at the Davos Economic Forum in Switzerland, Kristalina Georgieva, managing director of the International Monetary Fund, replied: “Not at this point.”

“It doesn’t mean it is out of question,” Georgieva continued. “We have downgraded our projections for growth for this year in April for 143 countries. This is 86% of global GDP.”

Georgieva noted factors contributing to this, including Russia’s war in Ukraine, dollar appreciation, debt, and China’s slowdown due to COVID. The rest of 2022, she said, is “going to be a tough year.”

David Malpass, president of the World Bank, said Wednesday that Germany’s economy was already severely affected by high energy prices, according to Reuters.

“As we look at the global GDP ... it’s hard right now to see how we avoid a recession,” Malpass said.