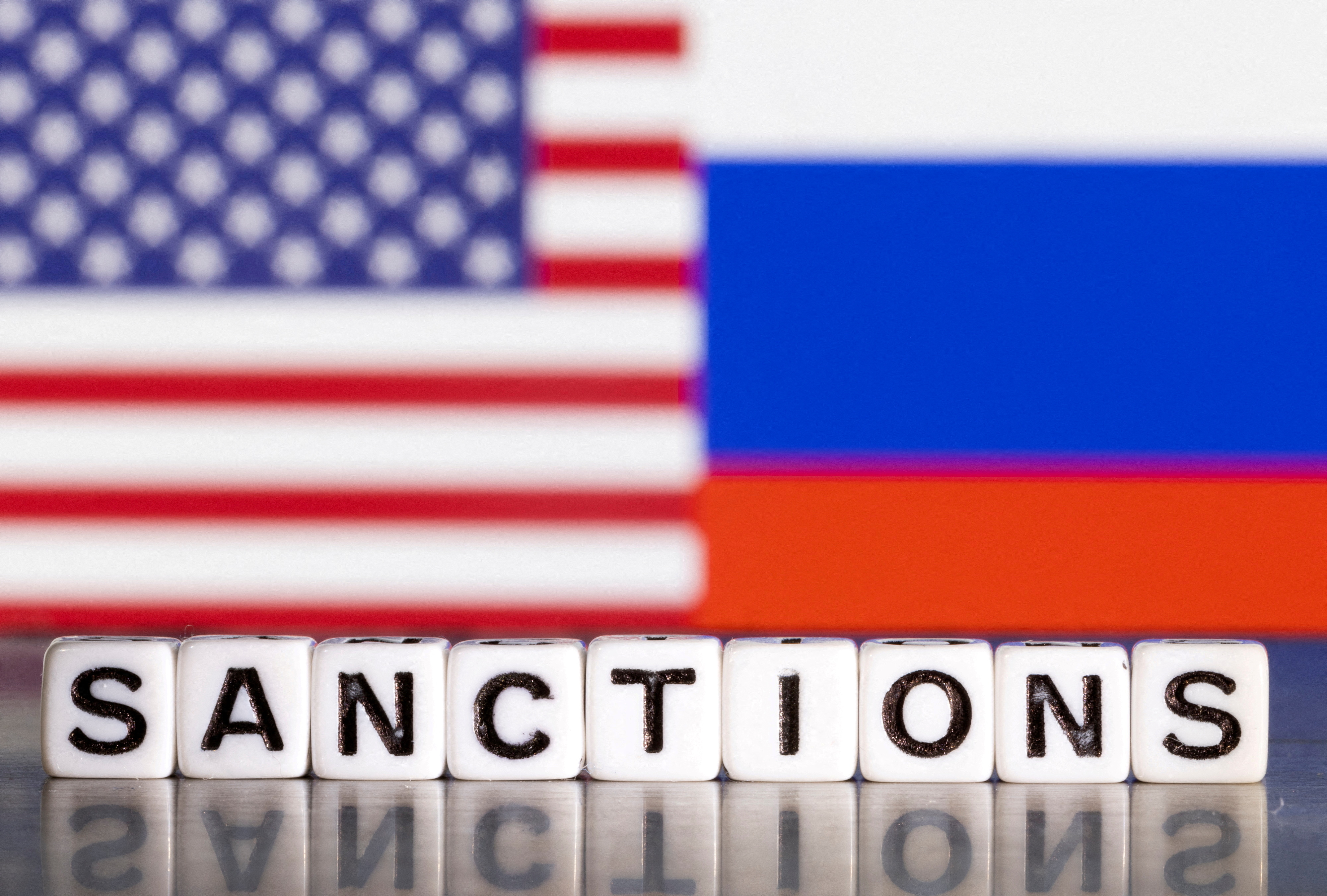 June 22, 2022 - According to White House statements, the "United States, with the G7 and the European Union, will continue to impose severe and immediate economic costs on the Putin regime for its atrocities in Ukraine, including in Bucha." As one part of this effort, in a statement by the White House on April 6, 2022, "devastating economic measures to ban new investment in Russia and impose the most severe financial sanctions on Russia's largest bank and several of its most critical state-owned enterprises and on Russian government officials and their family members."

On May 2, 2019, the Office of Foreign Assets Control (OFAC), a unit of the U.S. Treasury Department responsible for enforcing the U.S. economic sanctions programs, published "A Framework for OFAC Compliance Commitments" in order to provide organizations, subject to U.S. jurisdiction, with OFAC's guidance regarding the essential components of a sanctions compliance program, including outlining the manner in which OFAC may evaluate apparent violations and ultimately resolve investigations resulting in settlements.

This framework continues to be applied to the new sanctions program in connection with the Russian invasion of Ukraine. The rules governing the OFAC regimes and compliance will change frequently as the government gains more experience with each program and seeks to increase pressure on Russia. For example, on March 11, 2022, President Joe Biden expanded the financial and trade sanctions on Russia just three days after he increased sanctions in place since March 6, 2014.

Pursuant to the International Emergency Economic Powers Act, 50 U.S.C. § 1701 et seq. (IEEPA), violations of the OFAC sanctions against Russia are subject to both criminal and civil penalties. Where a person "willfully" violates the rules, the U.S. Department of Justice can pursue criminal penalties of up to $1 million per violation and, in the case of individuals, up to 20 years imprisonment.

In terms of civil penalties, violations are "strict liability" offenses. This means that individuals and companies can potentially be liable and subject to significant penalties, even if they were unaware that their activities were not ostensibly innocent.

The calculation of the penalty varies based on the type of violation and the year committed. Depending on different factors, the base civil monetary penalty for an "egregious" violation may be equal to the greater of a set amount per violation or twice the amount of the underlying transaction. If OFAC determines that a violation is "non-egregious," then the violation's maximum base civil monetary penalty is calculated based on the dollar value of the transaction according to a significantly reduced penalty schedule, which caps any violation penalty at a maximum amount per violation.

As a recent example, on April 1, 2022, OFAC announced a $78,750 settlement with SP Global, Inc. (SP Global) a New York-based company that provides business information and financial analytics. SP Global agreed to settle its potential civil liability for apparent violations of the Ukraine-Related Sanctions Regulations, 31 C.F.R. part 589, specifically Directive 2 issued pursuant to Executive Order 13662 of March 24, 2014, "Blocking Property of Additional Persons Contributing to the Situation in Ukraine," (E.O. 13662). This sanction directive pre-dates the current invasion and relates to the prior "Situation in Ukraine."

The apparent violations occurred between August 2016 and October 2017, when SP Global and a company it acquired reissued and re-dated multiple invoices to continue to extend credit to JSC Rosneft (Rosneft), a state-owned Russian oil company, in violation of the debt and equity restrictions set forth in the 2014 Executive Order.

After reissuing and re-dating four invoices to extend the original payment dates, SP Global accepted past-due payments totaling $82,500 from Rosneft. OFAC determined that SP Global did not "voluntarily self-disclose the apparent violations" and that the "apparent violations constitute a non-egregious case."

According to OFAC, the statutory maximum civil monetary penalty applicable to the SP Global's transaction was $1,246,248. The base civil monetary penalty applicable to SP Global's transaction was based on the scheduled amount of $175,000. The ultimate settlement amount of $78,750 reflected "OFAC's consideration of the General Factors under the Enforcement Guidelines."

In evaluating the potential insurance coverage for OFAC penalties, it is initially important to note that policy terms vary and application of those terms — specifically with respect to coverage for fines and penalties — differ significantly between jurisdictions.

The Nov. 23, 2021, decision in J.P. Morgan Securities Inc. v. Vigilant Insurance Co., from the New York Court of Appeals was specifically about coverage for imposed fines and penalties, although not about penalties assessed by OFAC. Following a Securities and Exchange Commission investigation, the insured's predecessor in interest (Bear Stearns) settled with the SEC in 2006, agreeing to pay a $160 million "disgorgement" payment and a $90 million payment for "civil money penalties."

According to the Court, $140 million of the disgorgement payment purportedly reflected an estimate of the profits gained by Bear Stearns' clients as a result of the illegal activity. Following its settlement with the SEC, Bear Stearns sought coverage from the insurer for the $140 million portion of the payment.

The insurer was asked to determine whether a $140 million "disgorgement" payment paid by the insured's predecessor in interest (Bear Stearns) to the SEC over alleged illegal trading practices was a "penalty imposed by law," and thus not covered within the definition of "Loss" contained in the policy.

The Court of Appeals held under New York law, "penalties have consistently been distinguished from compensatory remedies, damages, and payments otherwise measured through the harm caused by wrongdoing. Thus, at the time the parties contracted, a reasonable insured would likewise have understood the term 'penalty' to refer to non-compensatory, purely punitive monetary sanctions." Specifically, the Court determined that "a penalty is distinct from a compensatory remedy and a penalty is not measured by the losses caused by the wrongdoing."

Analyzing Bear Stearns' communications with the SEC during the settlement negotiations, as well as testimonial and documentary evidence, the Court concluded that Bear Stearns demonstrated that the $140 million disgorgement payment was subject to coverage. The Court explained that "neither the label assigned to the payment by the SEC and Bear Stearns, nor the mere fact that injured parties may ultimately receive the funds, is dispositive.

But, in determining whether Bear Stearns' 'disgorgement' of client gains was a 'penalty' within the meaning of the insurance policies, such factors must be taken together with the fact that the payment effectively constituted a measure of the investors' losses. Inasmuch as it was derived from estimates of the ill-gotten gains and harm flowing from the improper trading practices and was intended — at least in part — to compensate those injured by the wrongdoing allegedly facilitated by Bear Stearns, the $140 million disgorgement payment could not fairly have been understood as a 'penalty'" in determining coverage.

In summary, evaluating coverage for an OFAC-imposed sanction will give rise to a host of coverage issues depending on the potentially responding policy, applicable jurisdiction, type of violation and penalty imposed. Parties should consult with insurance coverage legal counsel, should any such issues arise.

Opinions expressed are those of the author. They do not reflect the views of Reuters News, which, under the Trust Principles, is committed to integrity, independence, and freedom from bias. Westlaw Today is owned by Thomson Reuters and operates independently of Reuters News.

Eric B. Stern is a partner and co-deputy chair of the Data Privacy Cybersecurity Practice at Kaufman Dolowich Voluck LLP and concentrates his practice in insurance coverage litigation. He can be reached at estern@kdvlaw.com.