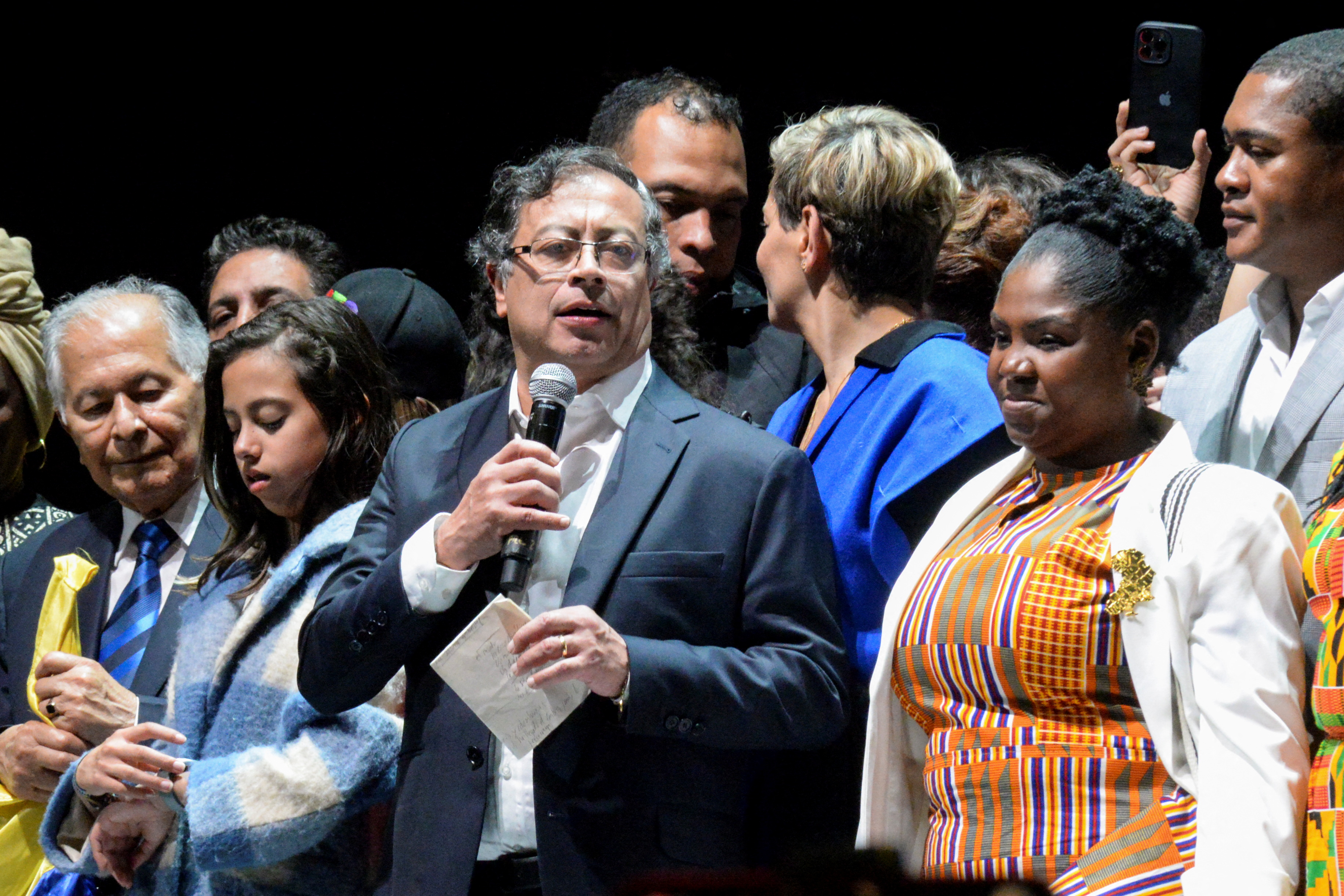 BOGOTA, June 20 (Reuters) - The third time was the charm for Gustavo Petro, the leftist firebrand, former guerrilla and newly elected Colombian president who credits his political awakening to seeing his father weep over the death of revolutionary Che Guevara.

The 62-year-old senator and former mayor of capital Bogota, jailed for his youthful role in the M-19 guerrilla group, won 50.4% of votes in a close vote on Sunday, beating the populist business magnate Rodolfo Hernandez, who got 47.3%. He had also run for the presidency in 2010 and 2018. read more

Petro has promised to address profound social and economic inequality in Colombia, where around half of the population lives in some form of poverty, with free education, an ambitious fiscal reform worth some $13.5 billion, and work to protect women's rights.

Still, while left-wing parties won some 50 seats in Congress in March legislative elections, Petro will likely be unable to pass reforms without support from centrist parties. read more

Petro's victory marks a turning point in Colombia, a traditionally conservative country where successive governments have pledged to tackle insecurity and violence linked to a nearly six decade-long armed conflict.

"Colombia has never had a progressive government," Petro told Reuters in a recent interview. "Every attempt in the last century has been condemned to violence."

Colombian left-wing presidential candidate Gustavo Petro speaks as his candidate for Vice-President Francia Marquez of the Historic Pact coalition listens after Petro's victory in the second round of the presidential election, at the Movistar Arena, in Bogota, Colombia June 19, 2022. REUTERS/Vannessa Jimenez

Petro, who alleges he was tortured by the military during his detention, first gained national recognition with impassioned congressional speeches about corruption and violence committed by right-wing paramilitary groups and their political allies.

He wants to hike taxes on owners of large tracts of unproductive land and start weaning Colombia off income from oil and coal, which he has described as poisons comparable to cocaine - perhaps the country's top illegal export.

Petro was never a combatant in M-19 - which in 1985 took top judges hostage in a confrontation that left almost 100 dead - but has had to campaign hard against accusations he will favor former guerrillas or institute policies akin to those which have caused social and economic crisis in neighboring Venezuela.

The new president has scoffed at comparisons to Venezuelan leaders and made efforts to assuage fears among the business community.

A father of five, Petro has also pledged low-cost loans for small businesses and a redistribution of pensions to ensure casual workers get a minimum payment.

Petro has said he will shift Colombia's relationship with top ally the United States away from anti-narcotics policy and toward the fight against climate change. read more

Members of Colombia's armed forces are worried they will face significant changes under Petro, including a complete restructuring of the police force. read more